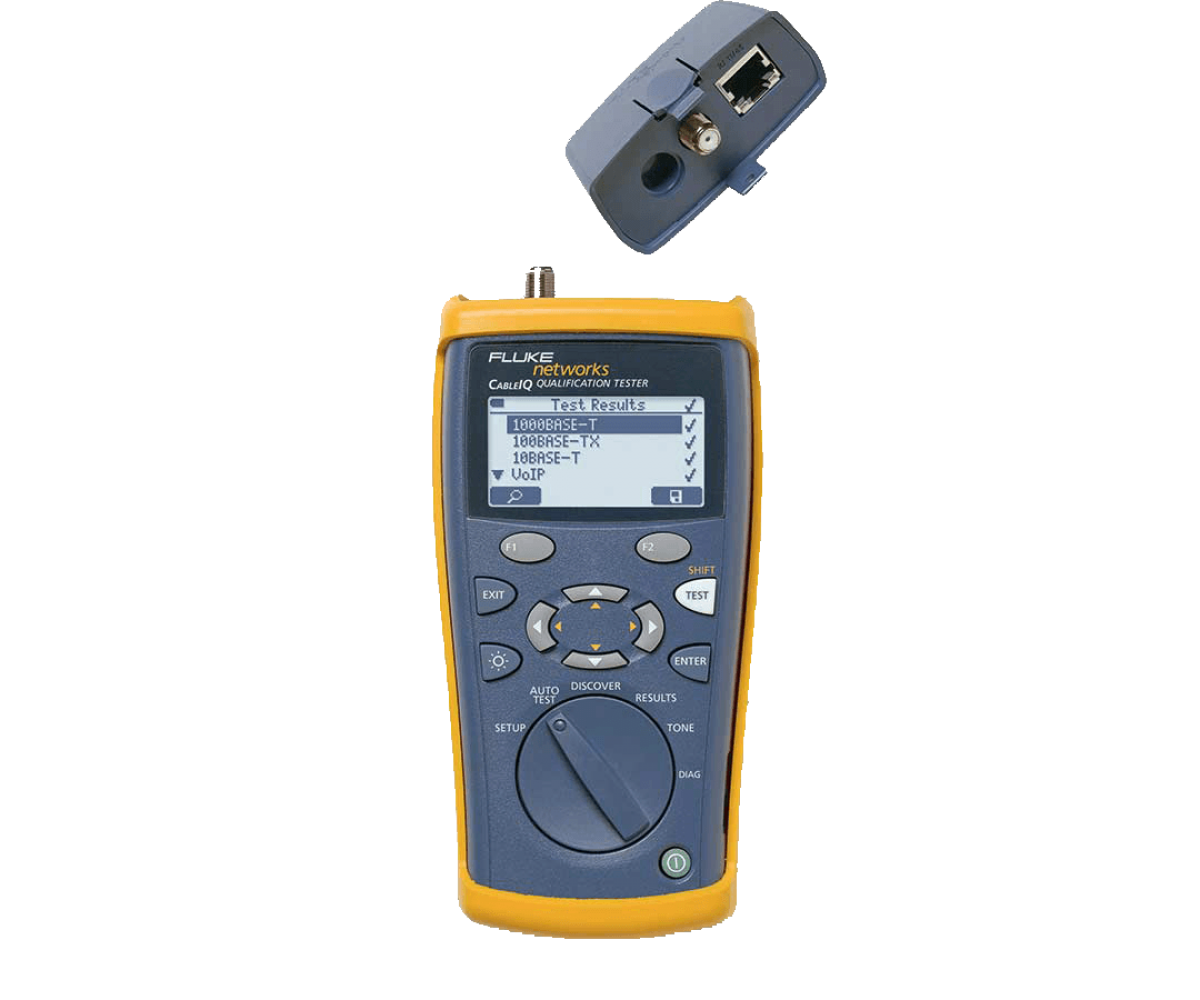 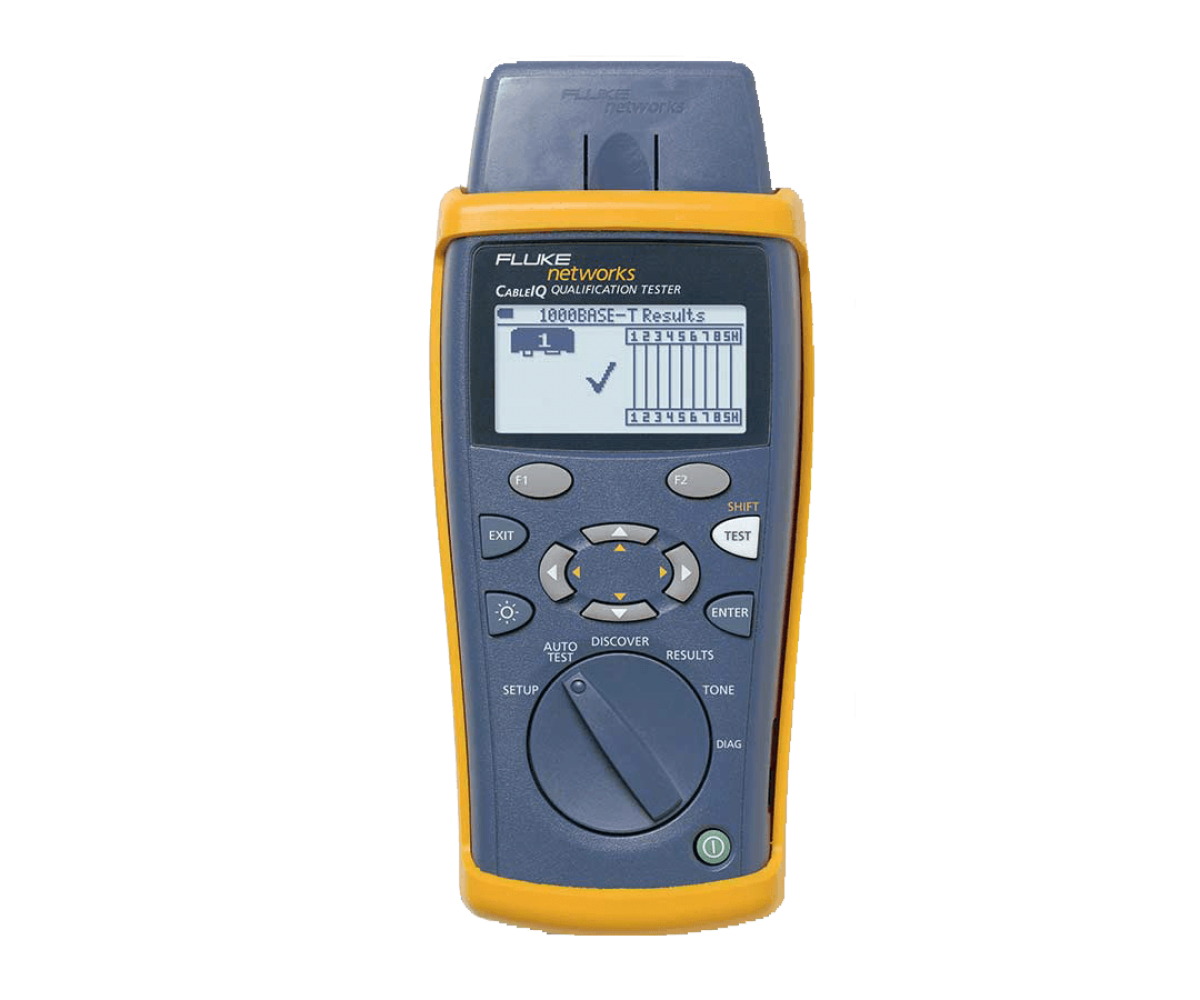 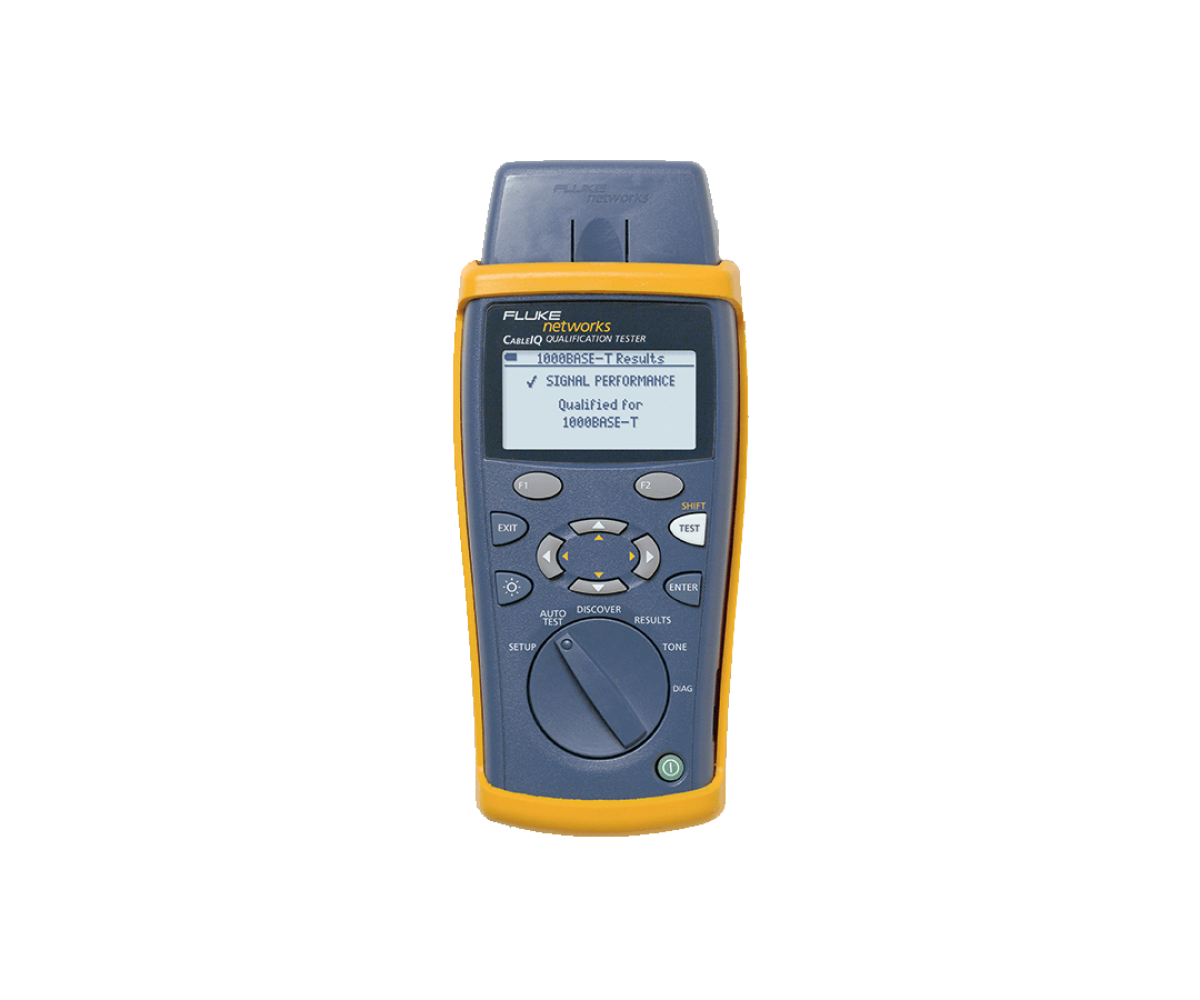 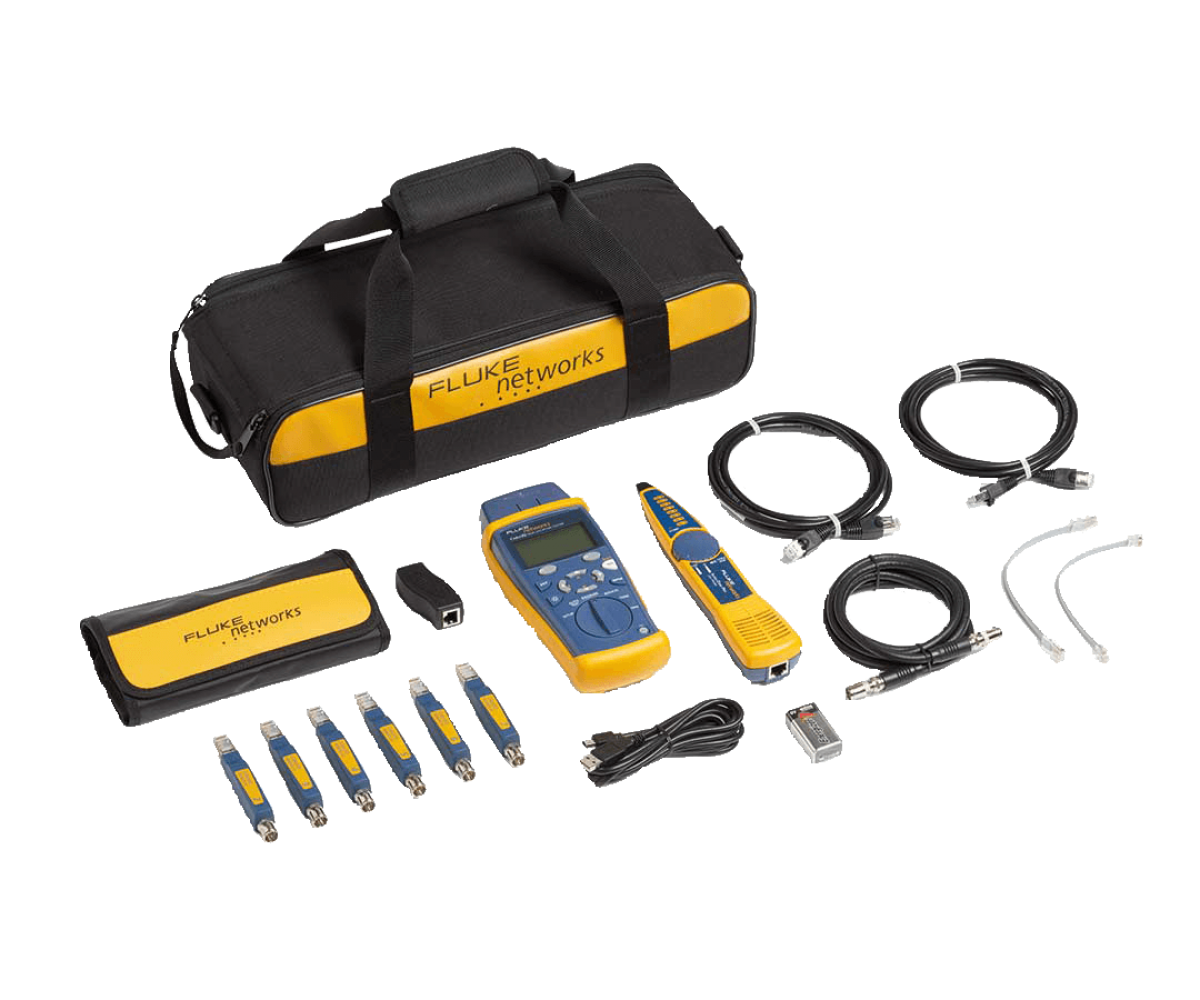 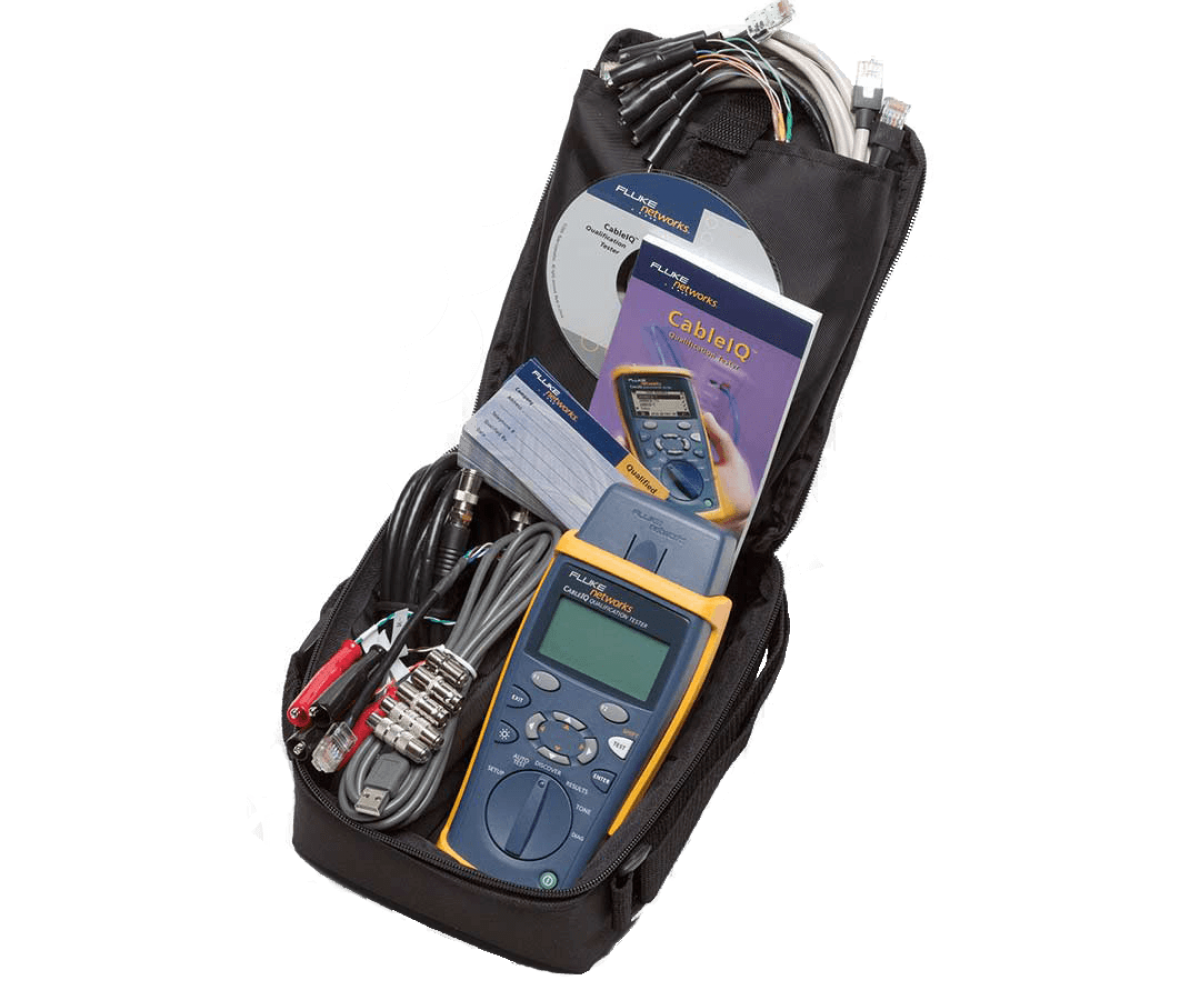 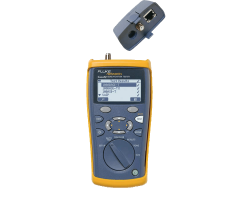 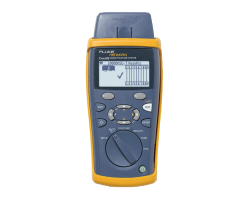 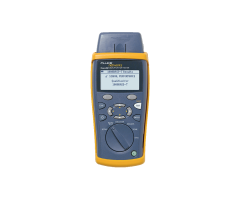 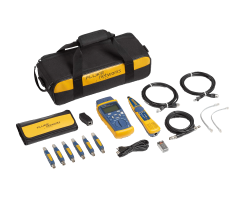 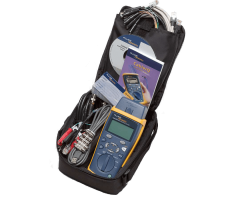 It has all the power you need to see if your cable is fit to support 10/100, solve VoIP or Gigabit Ethernet and network connectivity issues quickly with an intuitive, handheld device.

Wiring bandwidth, network technicians' view
The CableIQ cable qualification tester is the first cabling bandwidth tester for network technicians. This Ethernet network cable tester even allows users of all levels to see what speeds existing cables can support, quickly isolate cabling from network issues, and discover what's at the far end of any cable. This means network technicians can close reported issues faster, reduce call times and save money by making better use of existing infrastructures.

Reduce network issues by up to 30%
The CableIQ cable qualification tester's powerful network troubleshooting capabilities and intuitive interface enable your field technicians to identify and troubleshoot a wide range of issues within your network infrastructure. Is the port active? Do the duplex settings match? Network problem or Ethernet cable problem? Can the Ethernet cable support the required network bandwidth? The CableIQ proficiency tester is the only Ethernet cable tester that can answer all these questions before problems escalate, reducing problems by up to 30%.

• Cable Map: It can detect single cable faults and supports MultiMap mode with up to seven remote office identifiers. Draws the cable length proportional to the breaks. Detects split pairs.

• Fault finding: Measures interference and impedance, compares it with appropriate threshold levels according to the proficiency test chosen. Detects the location of large point sources and distributed sources in cabling if sufficient to disqualify the application

When you install Voice over IP (VoIP) or Gigabit Ethernet, you want to make sure the existing cables support the bandwidth requirements of your new equipment. Your wiring is approved, but moves, additions, and changes have rendered many connections unable to operate at desired speeds. CableIQ quickly reveals whether a connection including patch cords is suitable for voice, 10/100BASE-T, VoIP or Gig.

Plug into any cable, patch panel or wall socket and see cable details (length / cable map) and far-end device details (speed / duplex settings) simultaneously. A range of both cable and network test functions help you isolate connectivity problems. If a link is not of good quality, CableIQ provides detailed information on the nature and location of wiring performance faults such as interference or large impedance changes. With CableIQ, your technicians can resolve problems faster, cutting cable troubleshooting time in half.

CableIQ's Discovery mode shows you exactly what's on the far end of any cable. On the switch, test each wire one at a time. You can quickly see if the cable is turned on at the far end or connected to a PC. Or use the hub flashing feature during CableIQ operation to illuminate the corresponding switch port LED. You will notice how many unused ports you can reveal and rebuild using CableIQ.

Smart cable map tests for length, short circuit, split pairs or open and display with an intuitive graphical interface where an error exists.

CableIQ supports IntelliTone digital toning as: Easier cable finding and tracking with better accuracy than any other tool on the market. Toning and monitoring safely on a live network. Providing two digital tones and four analog tones. IntelliTone cable matching feature; After monitoring, use IntelliTone Probe 200 to verify the cable map.

The intuitive user interface and graphical display guide the user with little or no training.

Qualification is a new category of testers designed to meet the emerging needs of network technicians who need to troubleshoot connectivity issues as well as upgrade to higher network speeds. Qualification testers, such as Fluke Networks' new CableIQ Cable Proficiency Tester, determine whether an existing cable connection supports certain network speeds and technologies. This tests the wiring setups to TIA/ISO performance standards and whether the cable is connected correctly.

Be aware of our current products and campaigns!